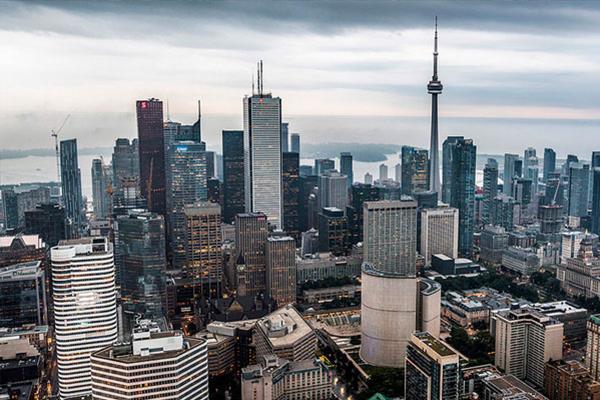 Transit crunches. Housing shortages. Climate change. Will the Toronto of 2030 be a prosperous, livable city — or a gridlocked urban nightmare? As we enter a new decade, the Star is embarking on an ambitious yearlong project to find practical solutions for the most pressing problems facing Toronto as it takes its place among the world’s megacities.

By 2030, even we won’t be the same, not after the arrival of a million new faces, lifting Greater Toronto’s population to eight million. Not after the changing of the generational guard, as the last of the Baby Boom retires, passing leadership to younger, more diverse, more digitally dexterous hands.

If you thought the last 10 years packed a disruptive wallop, brace yourself: it’s going to happen all over again. And again after that.

This time around, Toronto’s growth spurt is projected to unfold into an era of electric vehicles, artificial intelligence, advanced robotics and driverless everything. It promises to be a transformative decade, perhaps the most consequential 10 years the city has ever known.

From transit to climate to housing to affordability, the times call for civic ambition with shovels-in-the-ground follow-through unseen in two generations. And our leaders know it.

Here’s why: looking beyond 2030, Greater Toronto is forecast to grow all the way to the 10-million mark by 2045, when we will take our place among the world’s most diverse megacities, according to Ontario government projections.

Nobody, of course, has a crystal ball. We can’t know precisely which game-changing technology will take hold first. But there are some very educated guesses as guideposts for what’s to come.

One of the more ambitious efforts is a Conference Board of Canada study titled “Canada 2030: The Defining Forces Disrupting Business,” which surveyed business leaders on the 10 most meaningful trends dominating boardroom discussions today and then sent its research team deep into each file. The 84-page report offers a compelling glimpse into the risks and rewards ahead for Canada and its largest city.

“Ten years is not a lot of time — yet it is enough time to make a huge difference that is difficult to accurately predict. Think of Steve Jobs launching the iPhone in 2007 and then, by 2017, Apple had sold its first billion iPhones,” said Michael Bassett, the Conference Board’s director of research impact and content strategy.

“For our look at 2030 we tried to avoid conclusive, crystal-ball predictions and instead focus on teasing out the trends, from climate to artificial intelligence to demographics and beyond. The demographics, especially, gave us a really good understanding of where we are going to be and what we need to get ahead of.”

The Conference Board study and others like it identify the coming population surge, with Greater Toronto projected to be the province’s fastest-growing region, its population increasing from 6.8 million in 2018 to more than 10.2 million by 2046, according to a Ministry of Finance report. The same report says the GTA’s share of the provincial population is projected to rise to 51.8 per cent in 2046 from 47.8 per cent in 2018. Migration (immigrants and other Canadians drawn to Toronto and area) will account for some 82 per cent of the province’s growth.

All those new faces entering Toronto’s workforce will be essential in helping offset the era of Maximum Grey Boomer that begins in 2031, when the entire oversized generation that grew up on the Beatles will be 65 and older — adding strain and costs to Ontario’s health-care system. Ultimately, by 2046, Ontario will have almost twice as many seniors as it has today — some 4.6 million people, or 23.4 per cent of the population — a deep-pocketed market unto itself.

Urbanization is, of course, a global trend. The most recent data from the United Nations puts the number of the world’s megacities — cities with more than 10 million inhabitants — at 33 in 2018, projected to rise to 43 in 2030. But well before Greater Toronto enters into the 10-million club, we will hit a demographic turning point — in 2033 — with fully half of all Ontarians living in the region for the first time.

That growth will come with increased political clout, federally and provincially, as Toronto increases its share of seats at Queen’s Park and in the House of Commons, giving the city even greater influence in shaping election outcomes to its urbanized will.

As more and more Boomers downsize, demand for smaller living spaces is expected to rise, favouring units with maximum livability, walkability, accessibility and transit options. But the generational shift could also help solve a challenge that has vexed planners for years — how to win zoning changes to add multi-unit density in the city’s “yellowbelt,” that vast expanse of semi-detached and detached housing that comprises an estimated 70 per cent of Toronto’s residential neighbourhoods.

As urbanist Richard Florida has repeatedly forewarned, Toronto, in the absence of major civil ambition, is at risk of failing to realize its full potential as a modern global metropolis. What is needed, he argues, is a new, regionwide model for growth: no more outward sprawl, much more densification, making the most of the space it has, replete with ambitious transit investments akin to what New York City undertook decades ago.

“We’re going to have to make similar decisions now, and those decisions will make or break us,” the University of Toronto prof said in 2018.

Optimists might say that process has already begun, citing the collaborative thaw that settled over Premier Doug Ford and Prime Minister Justin Trudeau after October’s federal election — including Ford’s $28.5-billion plan to overhaul and expand Toronto’s subways into the 21st century. On paper, all those new train tunnels, including the all-important, downtown-relieving Ontario Line stretching from Exhibition Place to the Ontario Science Centre, will be rider-ready by 2031.

Pessimists might say if planning paper were subways, we’d already have encircled the city a dozen times with false transit starts going back decades. It’s been a depressingly long time since actor and writer Peter Ustinov uttered his famously cliché salute to city planning, hailing Toronto as “New York City run by the Swiss.” And longer still since civic visionary R.C. Harris managed the minor miracle of persuading penny-pinching Toronto to build the Prince Edward Viaduct across the Don Valley with a second deck for future trains — a full 48 years before the first subway rolled.

One thing business and politicos alike know for certain: more and more, our climate crisis is going to drive planning, including redevelopment and retrofitting aimed at net-zero emissions, replete with heat pumps, rainwater collection, solar panels and electric-vehicle charging stations. That’s partly because by 2030 a much more demanding demographic cohort — Generation Z — will ascend to adulthood.

Greta Thunberg Nation, when it is old enough to vote yet still young enough to anticipate living into the heat of the 22nd century, is unlikely to take no for an answer. Businesses, the Conference Board’s 2030 report shows, are wary and already thinking about how best to serve what is expected to be a far more civically active cohort, lest they find themselves targeted over inaction.

Electric cars, trucks and buses are forecast to account for between 30 and 50 per cent of new vehicle sales by 2030, as the rush to decarbonize takes hold, shifting drivers away from oil and gas as confidence grows in battery technologies that expand single-charge range to 1,000 kilometres and beyond.

And yet for generations X and Z and the millennials in between, owning a car hardly represents the ticket to freedom embraced by road-ready Boomers. The sharing economy, by 2030, will have fully flourished, offering digitally hailed wheels on demand, without the inconvenience of finding a place to park. If it drives itself, all the better.

It is all but impossible to envision where all that will take Greater Toronto by 2030, in terms of climate emissions. One recent report by the Toronto Atmospheric Fund served up a grim, first-of-its-kind look at the Greater Toronto and Hamilton area’s greenhouse gas emissions, concluding the region needs to act four times faster to reach carbon neutrality by 2050.

Some remain hopeful, suggesting that by 2030 we will “bend the arc” — likely not enough to meet the most stringent targets set by the Intergovernmental Panel on Climate Change, but enough to at least turn the corner, avoiding the worst impacts of climate change.

Michael Liebreich of the BloombergNEF research team laid out the argument for what he called “a decade of consequences” that will lead to “a modest but meaningful decline” in greenhouse gases by 2030. Interestingly, Liebreich’s reasoning hinged on business acting largely on its own, sector by sector, regardless of government regulation. He cites the role of former Toronto resident Mark Carney, who, after his governorships of the Bank of Canada and Bank of England, now assumes the title of UN special envoy on climate action and finance, helping shift the portfolios of Bay Street and every other financial centre in line with the Paris Agreement.

This shift “will be a game-changer: it will demonstrate to even the most pessimistic that we can bend the arc; it will end the feeling of helplessness and impending doom that has taken over our public discourse; and it will set us up for much more decisive reductions in the subsequent decades,” Liebreich writes.

One final demographic unknown: will Toronto begin to see climate refugees among the new arrivals by 2030, aiming to relocate to a cooler, less impacted safe harbour? Climate science suggests Toronto will struggle with more flash flooding and, potentially, a higher incidence of ice storms like the one that grazed past the city just before the new year.

Just a bit south of Lake Ontario, the city of Buffalo, having lost half of its population after 70 years of industrial decline, is already pondering a new wave of settlement as a “climate refuge city.”

“Buffalo is stepping up and preparing to welcome this new type of refugee,” Mayor Byron Brown said in his 2019 state of the city address. “We believe that we can accommodate people who have experienced displacement due to harsh weather and natural disaster.”

If that sounds eerily close to the kind of opportunism Toronto writer Naomi Klein derides as “climate barbarism” in her newest book, “On Fire: The Burning Case for a Green New Deal,” it likely isn’t something Toronto will see much of by 2030. With or without climate issues, our city is poised to remain a powerful magnet for immigration; a safe harbour of opportunity, regardless of which way the wind blows.

“I’m an inherent optimist,” said the Conference Board of Canada’s Bennett. “We have room to grow, we have a welcome community, in terms of our relationship with immigrants and newcomers. We have a high degree of technical sophistication. These are real opportunities to seize.”